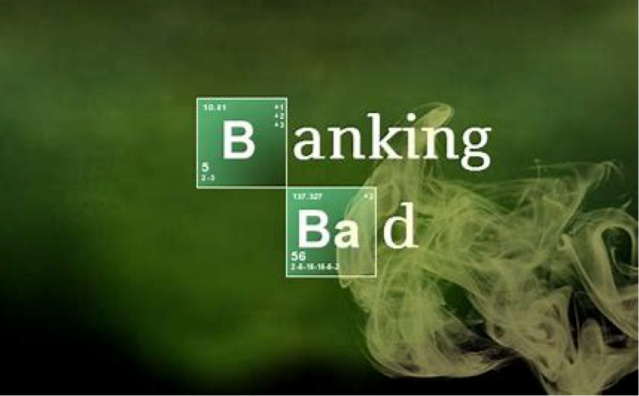 The final report into the Banking Royal Commission has just come out and I think most Australians have mixed emotions. On the one hand the Government is accepting (softly) the recommendations in full – all 76 of them – but I think most of us will reserve judgement to see what actually changes. And we are all still asking the question – what went so wrong?

‘Something is rotten in the State of Denmark.’

Fees for no service, dead people sold policies and other people sold insurance policies they weren’t even eligible for, and on and on…

Calling out greed
Kenneth Hayne, the Royal Commissioner called out greed: both corporate and individual, as the driving force behind the misconduct. He said,

‘Too often, the answer seems to be greed – the pursuit of short-term profit at the expense of basic standards of honesty.’

I must make a confession up front, that I have run a leadership program for one of the big four. Interestingly, about five years ago, when a new CEO came on board, our program along with most others was cut. It seemed they weren’t investing in Leadership.

10 years for culture turnaround?
Even Dr Henry, the Nab Chairman, when he was on the stand being questioned, acknowledged that he thought it could take 10 years to fix their culture. I hope not. But it would not be unusual, in my experience, for organsiations that seek this type of cultural turnaround to invest significant resources for that length of time – and beyond. It’s challenging to change mindsets, ways of thinking and behaviour and align them with decent values. I would also advocate for measuring culture, since in data driven environments you value what you count.

Breeding Ground
You can think of culture as a breeding ground, for the type of behaviour you get in your organisation. Is it a breeding ground where, like the Murray Darling River System, toxicity kills every living thing? Or is it a healthy ecosystem? Are your leadership, reward systems, governance, recruitment and ethics all pulling your culture in the right direction?

Rewards and Oversight
Adele Ferguson: journalist and author of ‘Banking Bad,’ argues that the banks’ reward systems are at the heart of the problem and what we are seeing is the proliferation of the behaviour rewarded internally. Adele said she saw (mainly) decent people pulled into this ‘sales at any cost’ ethos. An alternative to commissions and bonuses, would be rewarding having the customer’s interests at heart and managing risk and compliance.

The other failure is of governance. I think we have heard a lot about the absence of APRA and ASIC in playing their oversight role with any guts. They will now have another body above them: effectively overseeing the overseers.

‘What we want to avoid is that employees feel that they’re in a conflict situation – that what they hear coming from the board, and from the values and the purpose of the firm, is somehow in conflict with what their direct manager is driving them to do.’

Yes this is true, that what you say, what you do and what you reward all need to be in alignment but personally I think she’s letting boards off too lightly. At Changeable we say that everyone is responsible for creating culture in an organisation, BUT SOME, (read CEO’s, senior leaders and boards), are more responsible than others.

Oligarchies and Optimism
Xinja, a new entrant into the banking sector says the time is ripe for new entrants and more competition. For too long in Australia we have had an oligarchy and like any oligarchy (don’t know about you but I’m seeing fur coats and caviar), there is corruption due to lack of competition. Vested interest from Xinja? Yes, but watch this space and hopefully competition, plus these sweeping reforms will start to change an industry we all need to rely on.

Either that or we’ll have to start putting our money under the mattress again.