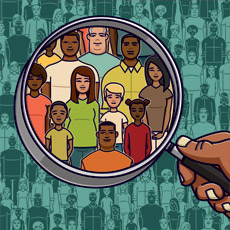 Google recently studied over 100 of its teams to find the stand out factors that made some teams highly successful and some not so. Project Aristotle was the lofty title and they analysed huge amounts of data in their quest to put this under the microscope.

Team Composition
The first thing they looked at was team composition, which turned out to be a dead end – despite common wisdom that the holy grail is having the right mix of people, skills, strengths and personalities. They found no evidence that composition of team made any difference!

Group Norms
They then started looking at group norms, norms being the “traditions, behavioral standards and unwritten rules that govern how we function”, commonly known as “the way we do things around here”.

As the researchers studied these norms, they noticed two stand-out behaviours that all the best teams shared:

I think we all get this phenomenon so I’ll focus on the second.

Social sensitivity test
Otherwise known as “Reading the Mind in the Eyes” test, you show someone photos of peoples’ eyes only and then ask them to describe what those people are thinking and feeling. People on the more successful Google teams scored above average on this test.  What this boils down to is empathy and having a sense of what is going on for them – do they feel left out, are they having a bad day?  In contrast, people on the less successful teams scored below average on this test. They seemed, as a group, to be less tuned-in to their colleagues………..Test yourself here…

Dialing this up
If you are lacking in this area you can develop social sensitivity by watching crowds and imagining what they might be thinking and feeling, (just don’t freak them out!). Or watch tv, turn the volume down so you can hear tone but not necessarily exact words and ask yourself “what’s going on for this person?” (Read Daniel Siegel’s work on mindsight).

‘‘ a shared belief held by members of a team that the team is safe for interpersonal risk-taking…. a sense of confidence that the team will not embarrass, reject or punish someone for speaking up. It describes a team climate characterised by interpersonal trust and mutual respect in which people are comfortable being themselves.’’

So why should we care apart from the Google factor?

Amy gives a great example; a nurse suspects that a patient is being given a dangerously high dosage of medication but might not call the doctor to check, because the last time she spoke up, the doctor questioned her competence. So she chooses “not to rock the boat”

We care when we see the results of cumulative “not rocking the boat” cultures ending in dramatic results and news headlines.

Better teams appear to make more mistakes because they will admit to them and talk about them, giving them more chance of avoiding catastrophes.

What’s the vibe in your team?

You know it when you feel it right? What’s the vibe like in your team? Does it feel critical and hard work; that you better not stick your neck out? Or does it feel energising, that you are all on a quest to do your best and that involves taking risks and speaking up?

** There were some other things that Google found like the importance of goal clarity and creating a culture of dependability.