The Itch to Switch 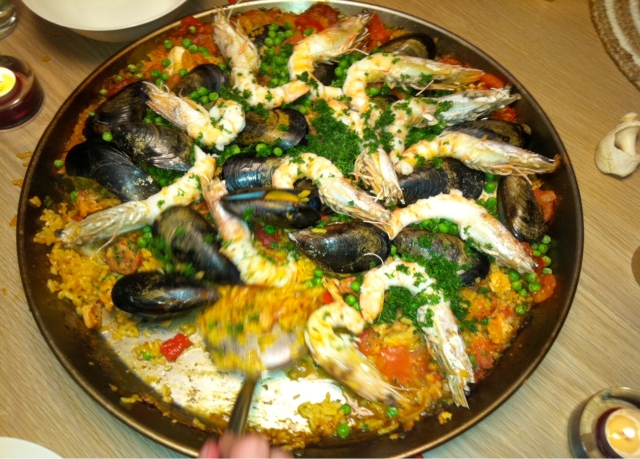 YES! this really is my paella

It’s almost cultural ADHD. Why do we insist on constantly switching tasks when we know that the jury is firmly in on the facts that;

a) none of us are good at multitasking
b) none actually includes women
c) so far our brains haven’t adapted to rapidly switch between social media, TED talks, emails and whatever it is we are supposed to be doing (right now reading my blog).

Actually, I will put a small caveat on that, you can do two things at once if they are relatively simple and don’t involve excessive frontal lobe activity. So walking and talking for most of us or cooking and talking for many – except for me as I recently discovered when making paella…

Paella and me
It was my virgin attempt, with friends coming to sample. For those of you who’ve never tried, it’s tricky, with many ingredients and a whole lotta chopping….

So when my friend arrived early and embarked on an intense conversation – I wasn’t happy! As she ploughed on from her bench side stool, I got more and more lost in the saffron and rice, the chili and prawns…. the peas and her.

Dissatisfied with my “yeahs” and the faraway look in my eyes, she shot me a look of disdain and said “you’re really bad at multitasking aren’t you?”

What do the experts say?
Multitasking creates conflict in our brain, which has to choose which task to focus on – since it can’t solve two problems at once. We have a limited amount of brain bandwidth and processing channels, so multitasking is essentially competition for these resources. It slows us down, we make more mistakes and we feel more stressed – weren’t signing up for that were we?

So next time you get the itch to switch. DON’T!

If you are still struggling, stop and ponder the fact that you are training your brain to become more focused…… and this lasts a lifetime.

Not every itch needs to be scratched